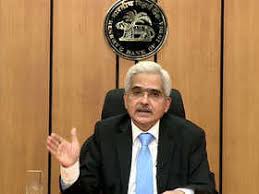 Unhealthy diet, lack of physical activities lead to drastic rise in obesity among adults and kids

Men and women with BMI over or equal to 25.0 kg/m2 were counted as obese.

NEW DELHI: The latest National Family Health Survey (NFHS) has found a drastic rise in obesity among children under five years of age in 20 of the 22 states where the study was conducted, with experts attributing it to lack of physical activity and unhealthy food habits.

According to the NHFS-5, several states and Union Territories, including Maharashtra, Gujarat, Mizoram, Tripura, Lakshadweep, Jammu and Kashmir, and Ladakh, have registered several folds increase in the percentage of obesity among children below five years of age in comparison to NFHS-4 conducted between 2015 and 2016.

Only Goa, Dadra and Nagar Haveli, and Daman and Diu registered a drop in the number of overweight children under five years of age, the data showed.

About 13.4 per cent children under the age of five were found to be obese in Ladakh which was highest among the 22 states and Union Territories surveyed, followed by Lakshadweep at 10.5 per cent, Mizoram 10 per cent, Jammu and Kashmir, and Sikkim 9.6 per cent each.

Not just children, rise in obesity has even been recorded in adults in the latest survey in comparison to NFHS-4.

Men and women were counted as obese whose body mass index was found to be over or equal to 25.0 kg/m2 while children’s obesity was counted in terms of weight-for-height.

Healthcare experts have attributed the rise in obesity to unhealthy food choices and lack of physical activities among children and even adults.

Sheila Vir, a public health nutrition expert and founder director of Public Health Nutrition and Development Centre, said there is also lack of awareness on what are good food habits.

Bulging of veins in the leg can be...

Delhi airport has a storage capaci...