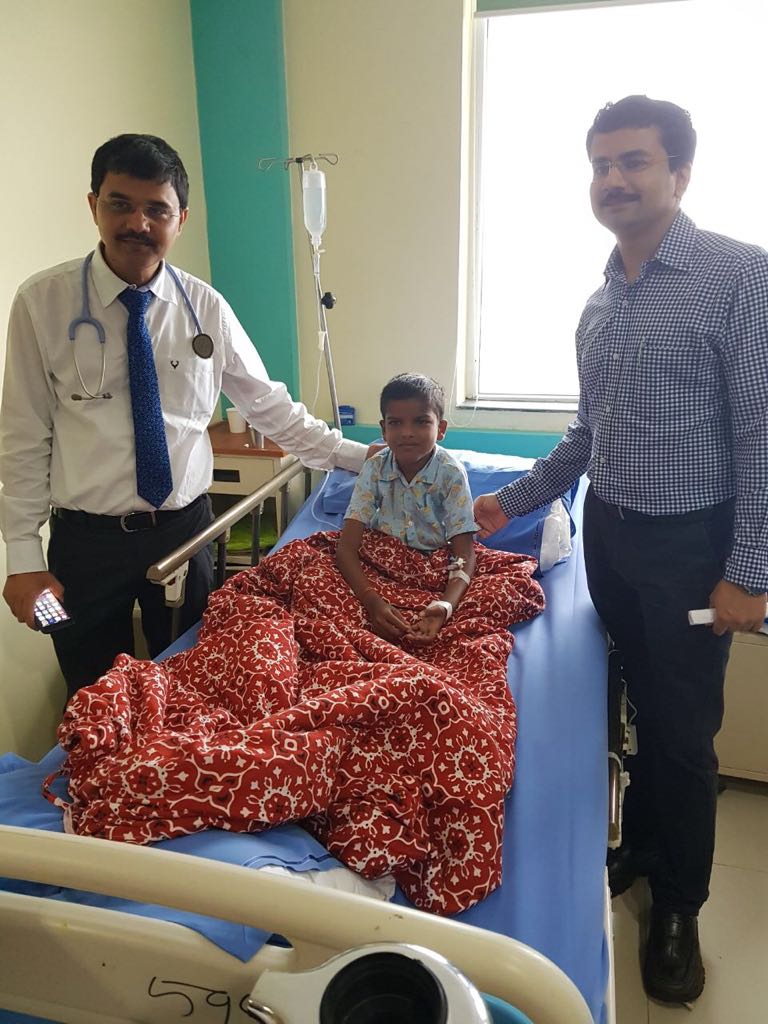 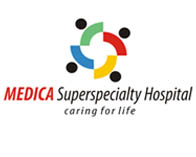 Kolkata, January 30, 2018: A 10-year old boy consumed sulphuric acid instead of cold drink by mistake. His esophagus, in other words, the food pipe, a muscular tube connecting the throat (pharynx) with the stomach, was burnt by the acid. He was unable to swallow his own saliva, leave aside food and water.

The condition of Vishwa (name changed) was deteriorating and the doctors of a local hospital referred him to Medica Superspecialty Hospital. When the boy along with his parents visited Medica, he had significant malnutrition owing to inability to eat for almost a month and weighed mere 20 kilograms (kgs).

After examining the child and seeing the barium swallow X-ray, the doctors found that the X-ray showed a severely narrowed lower end of esophagus with the contrast barely entering the stomach. “It was not only difficult to open up the narrowed segment but it was highly risky as he was just 10 year old and that too with malnutrition,” recalled Dr. Jayanta Samanta, Consultant Gastroenterologist, Medica Superspecialty Hospital.

When the child visited Medica, he was taken up for upper GI endoscopy and a tight narrowing was noted in lower pat of esophagus. “The stricture (narrowing) was dilated in the first session in the upper part and a feeding tube, popularly known as Ryle’s tube, was placed through the narrowing area into the stomach for the feeding so that the malnutrition of the kid could be corrected.

After a month, the kid was taken up for dilatation of the narrowed part of esophagus. During the procedure, a suspected fistulous communication was detected between the stricture and the left bronchus (respiratory tube). Moreover, the stricture seemed tight and difficult for simple dilatation with balloon, as is usually done and hence the dilatation was postponed. Later on two dilatation sessions which continued for a month helped the kid as he was then able to take liquids, said Dr. Samanta.

A decision was then required to be taken whether to take up the kid for a major surgery to resect out the narrowed part of the esophagus and join the remaining part directly with the stomach versus placement of a metallic stent across the narrowed part of the esophagus. Another intriguing issue was to get a kid-sized stent, as the commonly available stents in the market, are for adults. The parents wanted to go with the stent placement procedure to avoid a major surgery for the kid, explained Dr. Pradeepta Kumar Sethy, Director, department of Gastroenterology, Medica Superspeciality Hospital.

“Placement of fully covered metallic stents for this kind of fistulous tract is well recommended for adults but placement of such stents in kids is very rare in practice because of the technical difficulties underlying the procedure,” said Dr. Sethy.

Vishwa was taken up for metallic stent placement in his esophagus after the dilatation sessions were over. Under general anesthesia, Dr. Samanta and Dr. Sethy placed the stent endoscopically with no complications. Once the stent was placed, the child had an uneventful and dramatic recovery. After a day of the procedure, the child was allowed to take liquid diet followed by semi-solid food. After 2 weeks, the young boy resumed his normal activities like going to school, to the delight of the parents and neighbourhood.

Within 6 weeks, the stent was removed recently, when the fistula was healed and the esophagus opened up. Post stent removal, he was under the observation of GI team for more than a month. Vishwa is all set to conquer the world now. “We are happy to see that Vishwa is leading a normal life again after suffering for long. Thankfully the patient has recovered quite fast. The whole procedure performed by the GI team is unique and deserves all the accolades,” said Dr. Alok Roy, Chairman, Medica Group of Hospitals.

Superspecialty hospital to be oper...