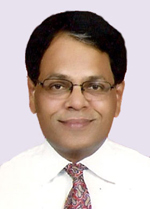 While it is known that poor and sedentary lifestyle is home to various diseases, yet many such ailments are on a steep rise which are unheard of. Varicose ulcer is one such ailment that is seen among the middle-aged population and accounts for around 10-15% of all cases among various age brackets. Women suffer from this disease four times more than men. There is also an increased risk of the development of varicose ulcer among young women who wear tight jeans and high-heels.

The vulnerability of varicose ulcer can be on single leg or both that contain multiple vessels which are helpful in directing he blood flow towards the heart. And in any case if the vessels get damaged, blood starts accumulating in the legs causing swelling, pain, fatigue, skin discolouration, itching and varicosities. Such cases need to be identified in the early stages and timely treatment can prevent future complications. And if not treated on time, it may develop a non-healing ulcer on the leg, which only happens near the ankle.

“The factors leading to varicose ulcer are obesity, lack of exercise, abnormal pressure on veins during pregnancy, abnormal lifestyle, prolonged standing and sitting with legs down. Today a lot of occupations and professions like computer professionals, receptionists, security guards, traffic policemen, salesmen working at counters in shops and departmental stores and persons doing desk jobs day in and day out are the worst sufferers of varicose ulcers. Among women, due to some hormones, the walls of these veins become enlarged and dilated. Besides, during pregnancy because of a lot of pressure on leg veins, these become weak and varicosed.

How is it diagnosed?

General examination and ultrasound by Doppler study can show the exact site of the disease in the form of damaged valves and dilatation of veins. Till now various treatment options available for varicose ulcer were elevating the legs while lying down or sitting, bending legs occasionally and sclerotherapy for short segment disease. Vein stripping surgery is a major surgery where the recurrence rate is too high, causes ugly scar in legs and also has a long recovery time.”

Radio Frequency Ablation (RFA) is the latest and most effective form of treating this disease using multi-polar RFA machine these days. “Under colour-doppler ultrasound vision, a radiofrequency catheter is inserted into the abnormal vein and the vessel is treated with radio-energy, resulting is closure of the involved vein. The interventional radiologist accesses the abnormal saphenous vein just above the ankle or below the knee through a small cannula in abnormal vein. Ablation uses a thin, flexible tube called a catheter with tiny electrodes at the tip of the catheter, which collapses the thick veins..

Unlike traditional surgical treatment, this procedure needs no general anaesthesia, no surgical scar on skin, no blood loss or risk of blood transfusion and makes for faster recovery as well.

It usually takes many years for the disease to cause the ulcer, so it is not surprising that the ulcers may take a fairly long time to heal. Although most ulcersheal in 3-4 months, a small proportion will take considerably longer.

But, once the ulcer is healed, it does not mean that the problems are over. Although the skin is intact, the underlying problem in the vein remains and one must take precautions to prevent the ulcer for recurring. One should wear compression stockings or bandages in a few severe cases at all times during the day, elevate the legs whenever possible, keep the skin in good condition by using plenty of moisturising cream to prevent dryness. Weight loss, fresh fruit, exercise and prevent smoking are also vital to help heal the ulcer.

Unhealthy diet, lack of physical a... Spinal Tumors can now be treat...