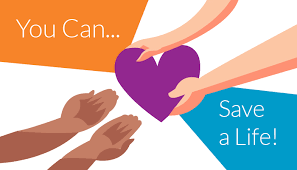 The TA 123 Infantry Battalion, which was raised on November 1, 1956, by Lt Col Zorawar Singh, is a voluntary unit of the Indian Territorial Army that is affiliated to the Grenadiers Regiment of the Indian Army.

The organ donation applications of the unit have been submitted to the Armed Forces Organ, Retrieval & Transplant Auth (AORTA), Army Hospital (R&R), in New Delhi.

“This is done with the support of the Research and Referral (R&R) hospital of the Armed Forces. Every soldier of the Unit has pledged his organs in writing. After the R&R issues a card to every volunteer”, the Commanding Officer of the Unit, Colonel GS Chundawat, VrC, told ANI.

Soldiers secure the nation, while they are alive and these men in uniform are ready to help the countrymen even after their deaths.

Organ donation has proved to be a miracle for the society. Organs such as kidneys, heart, eyes, liver, small intestine, bone tissues, skin tissues and veins are donated for the purpose of transplantation. The donor gives a new life to the recipient by this noble act.

Organ donation is encouraged worldwide. The government of the country has put up different systems in place to encourage organ donation. However, the demand for organs is still quite high as compared to their supply.

The TA was raised on October 9, 1949, by C Rajagopalachari, the then Governor General of India.

The TA is a voluntary, part-time Citizens Army which provides opportunities to citizens of our country to receive military training and to render military service along with Regiments of Army during peace and war.

The role of the Territorial Army is to relieve regular Army from static duties, aid civil authorities in dealing with natural calamities and maintenance of essential services in situations where lives are affected or the security of the country is threatened and provide units for the regular Army as and when required. (ANI)

Genes that may lead to obesity ide...